Diversification strategy means buying a number of investments within an asset class to reduce the risks. No matter how good a recipe is, it doesn’t guarantee high-quality results.

You also need superior ingredients. In investment terms, this means building your portfolio by selecting a diversified group of securities for each asset class you invest in.

And it also means ensuring that each of these securities meets your criteria for investing.

For example, if you are investing part of your portfolio in US equities, you might choose a number of individual stocks.

Or you might diversify by choosing a variety of mutual funds or exchange-traded funds (ETFs) investing in US stocks. Diversification within each asset class is important because it allows you to offset, or dilute, security-specific risks.

Most asset classes are defined in fairly sweeping terms, such as equities or long-term debt. In the United States, there are more than 5,000 listed common stocks that belong to the equity category and several thousand that aren’t listed. Also, there are more than 1,200 ETFs and 3,200 mutual funds that invest in stocks.

Long-term US debt includes several million corporate, the federal government, and municipal issues. Subclasses, or smaller categories, within the broad classes typically behave differently from each other even though they share the essential defining features of the class to which they belong.

For example, companies issuing equities can be divided by market capitalization into large, mid, small, and micro subclasses. Differences in capitalization generally indicate differences in growth potential, share-price volatility. Also, they indicate the likelihood that the issuing company will survive an economic downturn.

Other ways to distinguish equity subclasses are by industry, sector, and valuation — that is, whether they’re overpriced or underpriced based on a criterion such as average price/earnings ratio (P/E) — and whether they’re domestic or international issues. On the fixed-income side, differentiators include taxable and tax-free status, interest rate, term, callability, and rating. 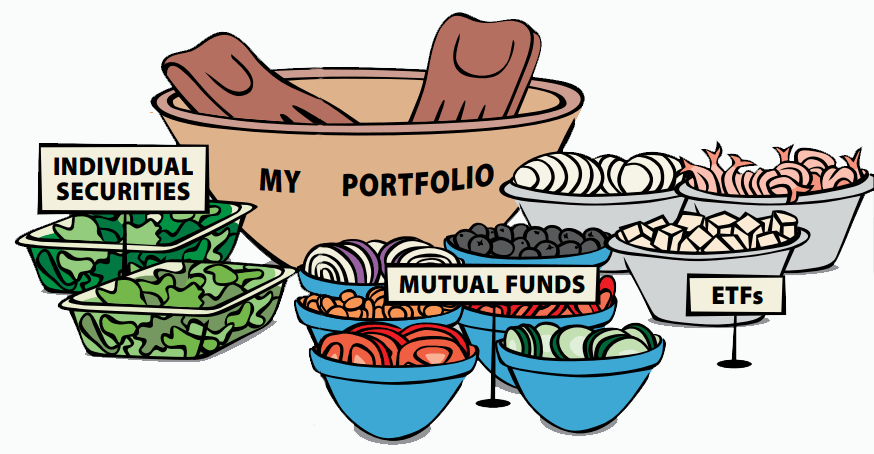 You can expect securities that share defining characteristics to react in much the same way to specific factors or situations. For example, one of the major determinants of the value of any long-term corporate bond is its credit rating. With a downgrade, its value drops, and with an upgrade, its value increases.

As another example, one of the key factors that affect the value of a stock is the quality of the company’s management. Some companies have exceptional management and, as a result, tend to outperform their peers. Other companies have inferior management and tend to falter even though they may be producing comparable products or providing similar services.

As an investor, it’s often hard to know which companies are well-managed and which are poorly managed — except in hindsight. However, in a diversified portfolio of stocks, the effects of superior and inferior management tend to balance out. Therefore the impact of management quality is an example of a security-specific risk. You can reduce it or even eliminate it through diversification.

A WORD OF WARNING
In addition to managing nonsystemic risk, one of the goals of creating a diversified portfolio is to provide a more consistent return. But while diversification can help you manage risk, it doesn’t guarantee a profit or prevent a loss in a falling market.

The possibility of a downgrade in a long-term corporate bond’s rating that dramatically reduces its return represents a significant source of risk. Compounding the problem, it’s hard to predict when the credit quality of a particular bond will change. While this risk is significant with any single bond, you can reduce your overall risk by buying an assortment of similar bonds.

If, for instance, instead of owning one bond you own a diversified portfolio of bonds, then the credit quality of some of the bonds may be upgraded while the credit quality of others is downgraded. Over time, the upgrades and downgrades may equalize so that, overall, the impact of credit rating changes on your portfolio’s return is reduced. In other words, diversification can limit a certain amount of credit risk.

But adding investments randomly is unlikely to achieve the diversification you seek. The quality and range of investments and the care with which they’re selected is more important than how many you own.

A well-diversified portfolio is likely to contain securities from various subclasses — though not necessarily from all of them — within each of its asset classes. For example, short-term bonds, which mature in less than a year, tend to be less vulnerable to inflation risk than bonds with 30-year terms. They’re also much less likely to expose you to credit risk since the issuer’s ability to pay will not be subject to as many changing factors. But in most environments, short-term bonds pay lower rates.

Another approach to diversification is concentrating your investment assets in mutual funds and ETFs. Because each fund is diversified in its own right, you don’t have the responsibility of choosing individual investments or owning enough different securities in any category to get the variety you need.

And because you can choose among a broad range of funds, each of which invests to meet a particular objective, you can create a diversified portfolio of diversified funds. As part of your selection process, you’ll want to evaluate the fees and other costs of owning the funds you’re considering. The higher the annual expenses, the lower the return you realize.

Diversification Strategy In Investing. Explained With Examples  by Inna Rosputnia