3 Approaches To Commodity Trading. Which One Is The Best?

The words below changed my view of markets completely. I want to share it with you with the greatest respect to legendary Larry Williams – my dearest mentor.

“…It sounds simple; there are only three approaches to commodity trading. But it is true. There are just three distinct approaches to predicting or understanding what the future price action will be of a commodity. Obviously, within each of those approaches or strategies, there can be many levels of complexity.

Let’s first talk about what the three approaches are and then we will dive into the complexity of knowing the future. Analysts or traders when trying to figure out whether they should be long or short or no position at all will rely on one of the following techniques:

This is the art of looking at charts, indicators and for the most part anything that has to do with price action. The theory is that “the market knows everything and that is reflected in the last price.” Thus if you understand price activity, you will be able to predict what will happen in the market. This is the way the vast majority of speculative traders approach this business.

These charts, oscillators, indicators, moving averages, and a host of other techniques and tools are believed to predict the future. This is popular because it is easy to look at charts and come up with some type of idea. Credit Suisse, the massive Zurich-based financial bank and fortress, uses technical analysis and describes it as: “Technical analysis is the study of financial market action. The technician looks at price changes that occur on a day-to-day or week-to-week basis or over any other constant time period displayed in graphic form, called charts. Hence the name charts analysis.”

A chartist analyzes price charts only, while the technical analyst studies technical indicators derived from price changes in addition to the price charts. Technical analysts examine the price action of the financial markets instead of the fundamental factors that (seem to) effect market prices. Technicians believe that even if all relevant information of a particular market or stock was available, you still could not predict a precise market ‘response’ to that information. There are so many factors interacting at any one time that it is easy for important ones to be ignored in favor of those that are considered as the flavor of the day.

The technical analyst believes that all the relevant market information is reflected (or discounted) in the price with the exception of shocking news such as natural disasters or acts of God. These factors, however, are discounted very quickly. Watching financial markets, it becomes obvious that there are trends, momentum, and patterns that repeat over time, not exactly the same way but similar.

Charts are self-similar as they show the same fractal structure (a fractal is a tiny pattern; self-similar means the overall pattern is made up of smaller versions of the same pattern) whether in stocks, commodities, currencies, bonds. A chart is a mirror of the mood of the crowd and not of the fundamental factors.” Thus, technical analysis is the analysis of human mass psychology.

The United States Department of Agriculture and the Commodity Futures Trading Commission releases periodic reports updating the production of crops. We get planting intentions, which tells us what crops and in what quantity farmers will be planting. Things of that nature are on the production side.

“The path to hell is paved with good intentions”. In this business, the intentions of plantings have to deal with Mother Nature. We may have droughts, too much cold weather, too much rain, or not enough. It is been said that the large speculators in the world are our farmers because they’re always subject to the whims of Mother Nature. 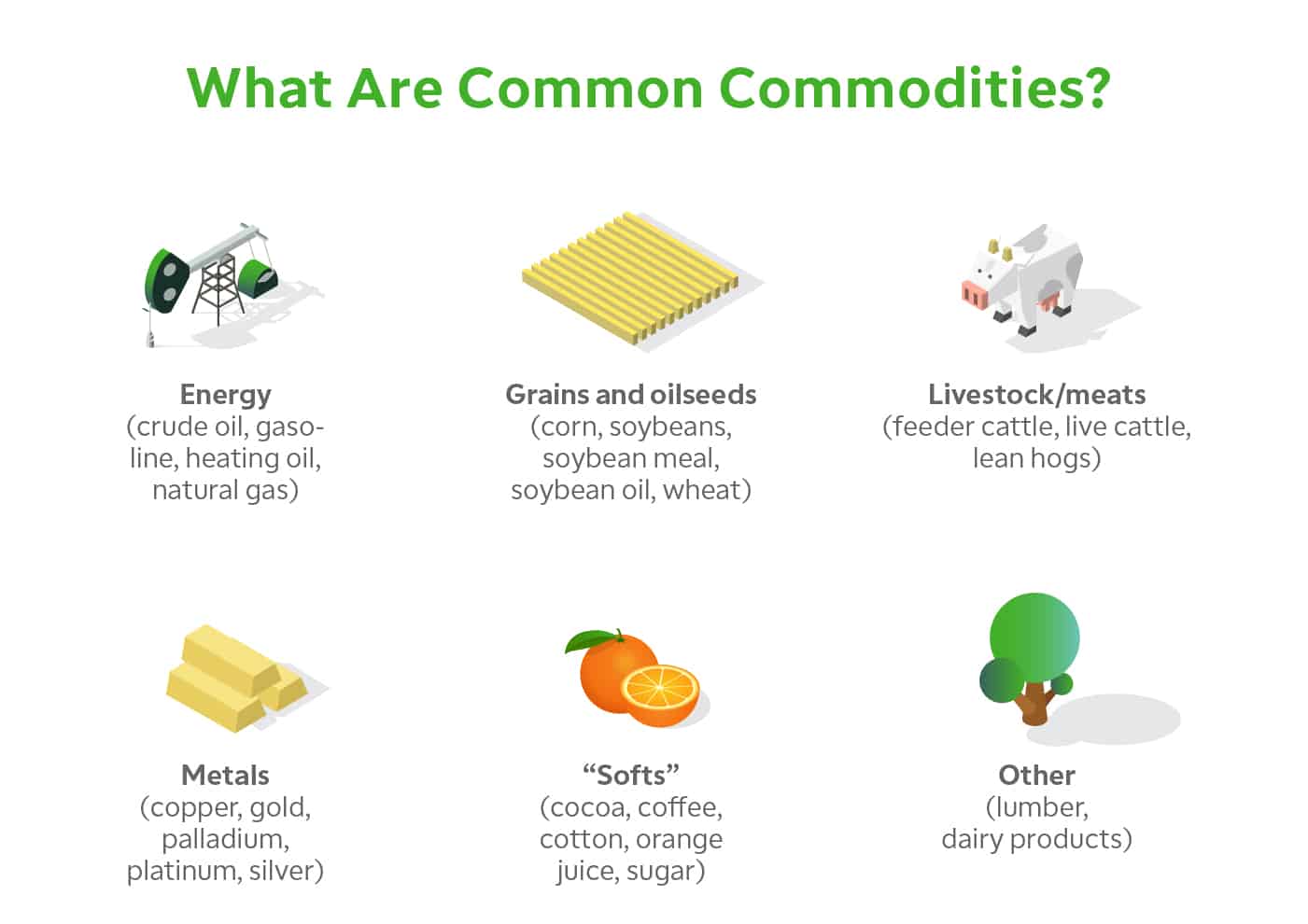 On the consumption side, we need to look at usage and trade-off. In a booming economy, copper will be used a great deal more than in depression. When times are tough, people eat more chicken and lower-priced pork than higher-priced beef. Thus, there is always a trade-off consumer switching from one item to another, if it is possible to substitute one for another.

I have news for you… That person is not me and it is not you. It is the large Commercial users. Thus we can follow their tracks in the marketplace and get an insight into what they think is taking place on a fundamental basis in the natural resource markets.

Valuation of the commodity

As you can see, this is not chart reading. This is looking at the fundamental situations that exist in the market. Thus, fundamental analysis is the analysis of the laws of supply and demand.

The best approach to trade commodities

I combine technical analysis with fundamental analysis. Because both are important. I don’t think either has all the keys to the kingdom of wealth. It is very easy to be a technical analyst. All the data is right there on your charts.  And, it is not so easy to be a fundamental analyst. It is hard to collect the data, much of it is not readily available and often difficult to digest or understand. But it is there and it is tremendously important.

I have to say, ‘Charts don’t move the market, conditions move the market.” To which I also point out that just because the market is conditionally ready to rally does not mean the time has yet arrived. To me, that’s where technical analysis comes in, to help us identify the market has changed the trend and should now rally because of the fundamental condition.

That’s my approach. First I look at identifying the fundamental conditions of the market that historically have appeared when markets have had major rallies and declines. I use several tools to do this; one is the Commitment of Trader Report. One is a fundamental major of value relating the price of a commodity to gold. Another is seasonal influences, cyclical influences, and several other indicators.

I learned a great deal about seasonal relationships in the various commodities… They are there… And, they do work… But they don’t always work. You really have to know and understand the relationship of price to seasonal patterns.  Another technique I use is to look at the current accumulation going on in the marketplace. What I do is measure the amount of professional buying and selling taking place each day. I’ve been able to determine when a market is under professional accumulation. If that starts to take place at the same time the market is conditionally set up to rally… I’m obviously going to be to take buy signals and get long the market. Thus, I combine technical and fundamental analysis; they play off of one another.”

3 Approaches To Commodity Trading. Which One Is The Best?