There’s a lot to be said for the concept of getting what you pay for.

Some fees pay directly for the insurance benefits that a variable annuity contract provides. Other fees pay for managing the individual investment funds.

Asset-based management fees are used to pay the investment fund managers as well as other expenses associated with operating a fund. These fees are described in the prospectus, and are sometimes broken down into an investment advisory fee and an operating expense fee. Other times, they’re combined under the management fees heading. These fees don’t appear as a separate figure on your regular statements. They are subtracted regularly on a percentage basis from your account and reflected in your portfolio values.

The management fees vary from fund to fund within the same contract, based on who the advisers are and how the funds are invested. For example, fees on index portfolios tend to be significantly lower because the advisory costs are lower. On the other hand, fees on international funds tend to be higher. This variation in the cost of owning different types of funds tends to be fairly consistent from contract to contract, but the actual amount that you pay in management fees can be quite different from provider to provider.

If you put some of your money into a fixed account within your variable annuity contract, the expenses are paid by the account’s interest margin. This margin is the difference between the percentage being earned on investments made by the company and the percentage being paid to you as earnings.

Another way to analyze the cost of an annuity contract is to look at the expense ratios of the various funds you’re considering within the contract. The expense ratio, expressed as a percentage of a fund’s assets, is reported in the fund’s prospectus. Regularly updated information should also be available on the annuity issuer’s website.

The expense ratio includes management and contract fees, but not sales charges or surrender fees. You can check the expense ratio figures on your own, and you can also ask for that information from the annuity company or your financial adviser.

Difference in expense ratios can be significant, even for funds offered in single contract. Those variations are the result of differing management expenses.

Though you probably won’t want to choose your investment funds on expense ratio alone, it should be one of the factors you consider, particularly when choosing among funds with comparable objectives and performance records.

A few states impose a premium tax on amounts you use to purchase an annuity contract, whether you make a single payment or pay periodically. Those charges may be up to 4% of the premium, but more typically run around 2%. They’re independent of any fees the insurer or management company charges.

In some cases, however, you may find that the way retirement income is taxed in those states that impose a premium can ultimately offset the added upfront cost of buying the annuity.

Most annuity contracts impose a charge, or surrender fee, if you withdraw part or all of your contract value or if you terminate during the early years of the contract. These surrender fees are usually calculated as a percentage of the withdrawal and subtracted from your account value.

In most cases, the percentage you’re charged declines each year. A typical contract carries a charge of 7% on withdrawals in the first contract year, dropping to 6% in the second year, 5% in the third, and so on, until it disappears entirely in the eighth year. The rates and the number of years the fees apply may vary from contract to contract. However, some contracts allow you to withdraw up to 10% or 15% of the contract value each year without penalty. With some contracts, the surrender fee period begins with the purchase of the contract. With others, a new surrender fee period begins with each new premium payment.

Surrender fees benefit the insurance company that issues the annuity contract. The company has significant expenses for sales and marketing of the annuity, insurance underwriting, and other costs. So it counts on receiving asset-based fees or interest margin over a period of years. The surrender fees cover the loss of income that results when an annuity is ended earlier than projected. 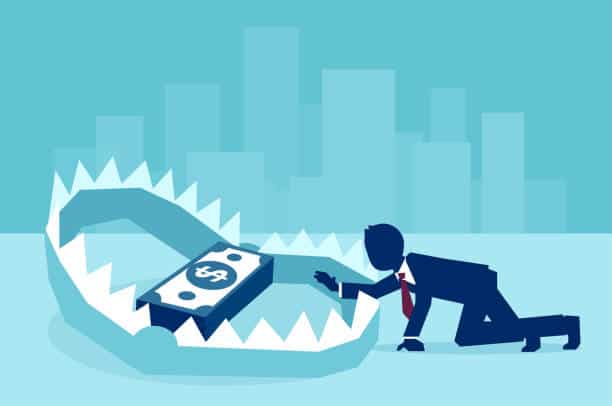 Is there an ax to grind?

Variable annuities are frequently criticized as more costly to own than other investments. The critics point out that stock and bond mutual funds, which also involve asset-based fees, have lower expense ratios than what’s typical of variable annuities. Those added costs mean that an equity fund within an annuity contract must turn in a consistently stronger performance than a comparable mutual fund in order to provide the same level of return. Those who argue that the advantages that variable annuities offer outweigh the added cost point to: