Russia vs West. Who Is Winning?

A meeting between Ukraine and Russian officials last week failed to make any progress as the war enters its third week. Russia has now begun unleashing its own retaliatory measures against the West with an export ban on over 200 products including telecoms, medical, vehicle, agricultural, and electrical equipment, as well as some forestry products such as timber.

What is happening in Russia?

The broad list does not include energy or raw materials. Meanwhile, the Russian ruble continues sinking to new record lows increasing the likelihood of a sovereign debt default.

Russia owes roughly +$40 billion worth of euro- and dollar-denominated sovereign debt, a relatively small amount and probably unlikely to pose any major systemic risk to global financial systems. However, it could still create unexpected contagion and ripple effects across world markets and further fray investor nerves.

Western banks appear to have minimal exposure to Russian assets and many have already been working to exit operations in the country, including Goldman Sachs and JPMorgan which both announced they were pulling out last week.

Russia is also looking to seize assets of companies that are exiting but how that plays out and ultimately impacts the bottom line of Western firms is still mostly unclear.

The situation in the USA

In the U.S., inflation continues its relentless climb with the Consumer Price Index for February hitting a new 40-year high of +7.9% year-over-year. In the near-term, that number could move substantially higher due to the surge in gasoline prices.

Many economists argue the CPI will hit +8.5% in March and could possibly climb as high as +10% by the end of the summer as elevated commodity prices eventually work their way through to consumer goods.

Keep in mind, there’s really only been two periods of time since World War II where inflation remained above 8% for an extended period it was in the early-1970s where it lasted 22 months and then in the late-70s-early-80s when it last 40 months.

The Fed eventually raised rates high enough that it induced a recession and slowed down inflation. It’s crazy to think about, but the Fed pushed the Fed Funds rate from just 4.25% in early-1977 to a whopping 21% by June of 1981.

The 30-year mortgage topped out at 18.45%. How the today’s Federal Reserve will respond to the rapid increase in inflation is extremely uncertain. The Fed’s two-day meeting next week concludes on Wednesday with a press conference from Jerome Powell and will be accompanied by new economic projections. Those will include the so-called “dot plot” which maps out individual Fed member expectations for short-term interest rates.

It’s worth keeping in mind that 11 of the Fed’s 12 rate-raising campaigns since the 1950s has resulted in a some type of recession. But the stock market is somewhat of a coin-toss with half showing positive annual returns and half showing negative returns during the rate hiking cycles. 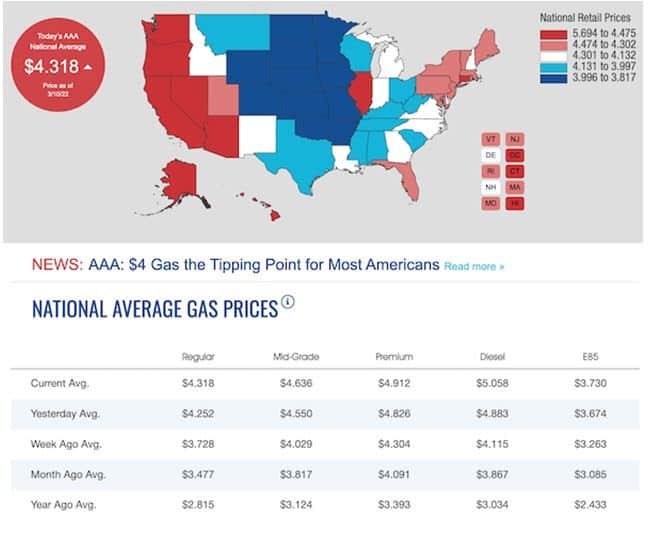 Russia vs West. Who Is Winning? by Inna Rosputnia