What Does Biden’s Tax Hike Proposal Mean for SP500?

Traders are digesting news that Biden plans to double capital gains taxes on the wealthy. As result, SP500 lost $30 in one trading session. However, it recovered the next day. The proposal has not been officially announced but details reported by Bloomberg include raising the top marginal tax rate to 39.6% from 37% while lifting the capital gains rate from 20% currently to 39.6% for people earning $1 million or more.

Democrats planned a tax hike for a long time. So, it wasn’t that big surprise. A big question is when the rate hikes might go into effect, which would likely impact decisions on when or if to book profits from the market. And that’s what we all want to pay attention to. Meaning, if a big tax hike is coming next year, could we see a selloff this year with investors looking to ensure the lower tax rate?

And what if the timing is different? Stock bears have been warning for a while that investors were not pricing in higher taxes ahead. The market reaction last week was relatively mild, with markets down overall but the major indexes all lost less than a full percentage point. 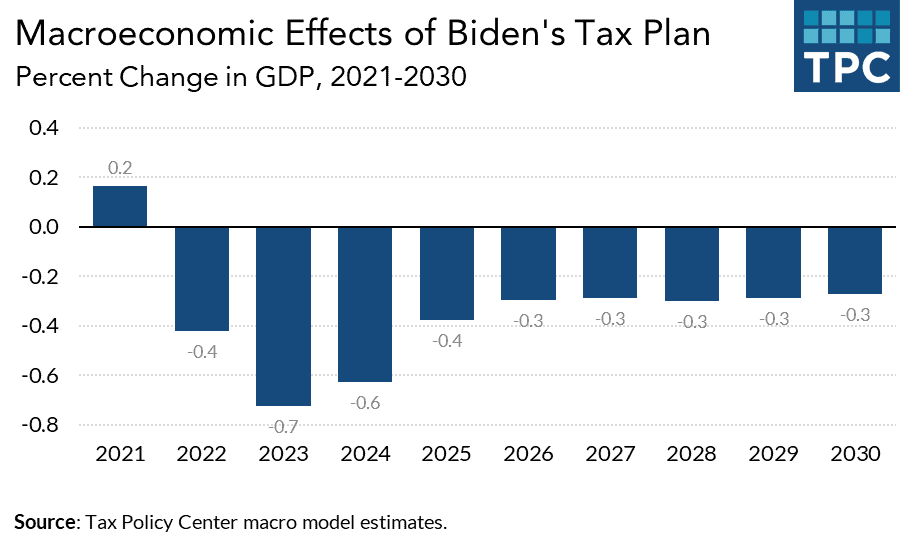 Congress has to approve the tax high. And I believe it will be not that easy. It will likely find no support from Republicans and possibly many Democrat defectors. So the early consensus in Washington seems to be that these tax increases stand little chance of passing at the levels being suggested. It will be interesting to see if Wall Street agrees as more details are revealed.

President Biden is expected to unveil the proposal next Wednesday, April 28. Keep in mind, the White House has already announced a plan to raise corporate taxes to 28%.

Economic data last week was a sort of a mixed bag. Initial jobless claims posted another decline to hit the lowest levels of the pandemic. However, there are some signs of headwinds for the housing market with Existing Home Sales falling for the second straight month but inventory levels are at record lows, so it’s tough to draw a negative conclusion. Housing supply did climb nearly +4% last month but it was still more than -28% lower than 2020 levels.

The Wall Street Journal pointed out that, nationally, there were more real estate agents than there were homes listed for sale in March.   At the same time, the median home sale price rose to a new record high of $329,100, marking a +17.2% gain over last year as supply constraints have led to the fastest selling pace on record.

What to look for next week?

Things kick into high gear next week though with announcements from some of America’s largest companies, including Tesla on Monday, followed by tech giants Alphabet and Microsoft on Tuesday, Apple and Facebook on Wednesday, and Amazon on Thursday.

Nearly every sector will get some coverage which will help analysts and investors get a better sense of what to expect from the rest of this earnings season. It will also help shape expectations for the quarters ahead as more companies provide full-year guidance.

SP500 futures found support near 4100 last week. In the absence of big news, we can expect it to hold. However, Biden’s tax proposal can shake the market. So, I wouldn’t rely on that support much. Advanced Decline Line shows signs of weakness. However, there is no clear divergence.  If the price sustains above last week’s high, 4250 is the next magnet. But as I mentioned above we may see big volatility next week. So, I don’t trust those levels much.

The range 3950 – 4000 is technically more important and more reliable. However, with cycles turning to the downside and ADL showing signs of weakness, tax proposals may be catalysts for sell-off. Yet, in the absence of clear signal, I think traders have to stick to Gann levels on an intraday basis.