Is Forex a scam or a legit market?

Contents hide
1. Is forex a scam – pyramid scheme?
2. How and why forex was created?
2.1. Forex functions
3. In conclusion

Is forex a scam – pyramid scheme?

To answer the question if forex is a scam you need to understand what is a forex, why it was created, and what are its main functions. The Foreign exchange is a legitimate financial market with nearly US$5 trillion turnover daily. Thus, it is not a scam in itself. Moreover, it boosts imports and exports around the globe. I hope you all like history. So, the first currency trading took place in ancient times. But it’s not the point. I want you to come back to gold standard time.
1

How and why forex was created?

A gold standard is a monetary system in which the standard economic unit of account is based on a fixed quantity of gold. After the Bretton Woods conference in 1944, some changes were done. The role of gold was severely constrained, as other countries’ currencies were fixed in terms of the dollar. Well, it didn’t help much for the global economy and international trade.
The new era for foreign exchange began after President Nickson offered to forget about fixed rates and stick to the free-floating currency system. And, it was just a great decision. 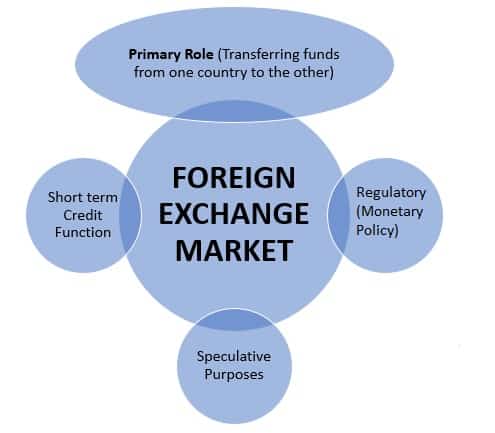 As you understand forex is not a scam itself. It is a legit, global market where the world’s currencies are traded. Moreover, forex performs important economic functions. And, the absolutely other question is if you can make money there or if your broker is trusted.  But come on, guys, it’s another story. Broker doesn’t mean forex. Definitely, stocks and futures have many benefits in comparison to forex, as these markets are centralized.

Is Forex a scam or a legit market? by Inna Rosputnia